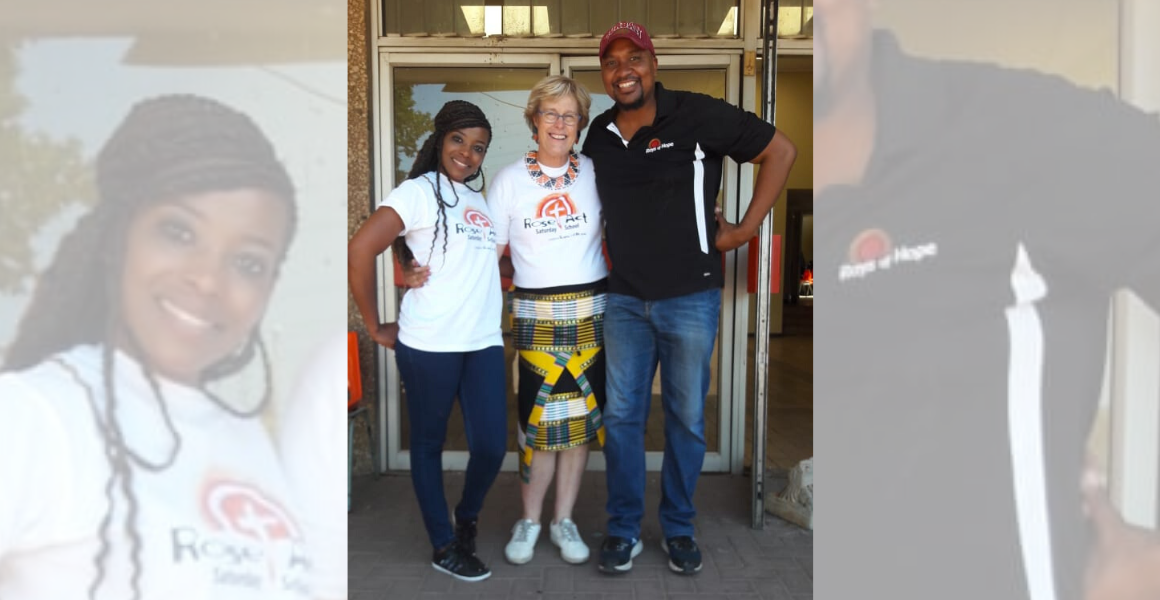 Louise Cameron, Rays of Hope’s much-loved Education Manager and head of our Rose-Act Saturday School programme, is retiring. We bid Louise farewell after 16 years of rallying volunteer troops to offer extra classes to over 300 Alexandra residents each year, ranging from Grade four to Grade nine.

Louise originally volunteered to teach in Tanzania, but after a back injury forced her to leave that position, she came to South Africa, where she initially worked as a volunteer. She applied for the Rays of Hope Education Manager role in response to an advert, confident that her 40 years of teaching experience would equip her well for the job.

Motivated by the deep and long-lasting relationships she has built with pupils and their parents, Louise is still in touch with children that she worked with at the beginning of her tenure in this role. She’s been to the weddings of learners she’s worked with, and sadly, to funerals too. She has become known as a ‘mother’ – so much more than a teacher – to many who have been through the Rose-Act programme.

“An absolute highlight has been watching children grow in confidence as they’ve benefited from the programme – even more so than seeing children grow in academic ability,” she says. “Children that were too shy to participate are now confident enough to engage in classes, and that’s so rewarding.”

Rose-Act has been a platform for growth for those who have embraced all it has to offer. One of Louise’s other highlights was the young student who lived in a shack with four other people, who was so determined to pass her matric that she sat outside and did her homework leaning on a rock.

“It’s not fair that South African learners have to work in these conditions, and it’s tragic that children don’t have playgrounds at school, and that there are up to 70 learners in a class,” Louise says. “Despite the fact that these learners have so little, they’re expected to compete with school-leavers that have had so much more support during their school lives, but it’s inspiring to see how many Rose-Act graduates have risen above the significant challenges that they face.”

Louise is of retirement age and has to return to Australia, her original home, after a year of bidding farewell to Rose-Act and Rays of Hope. She intends to continue her commitment to working with disadvantaged children on her return, with a particular focus on Aboriginal communities.

Rays of Hope is so grateful to Louise for her years of commitment, passion and determination that have truly changed the lives of thousands of young South Africans. We wish you the very best for your new life back in Australia, but will miss your energy and inspiration so very much! 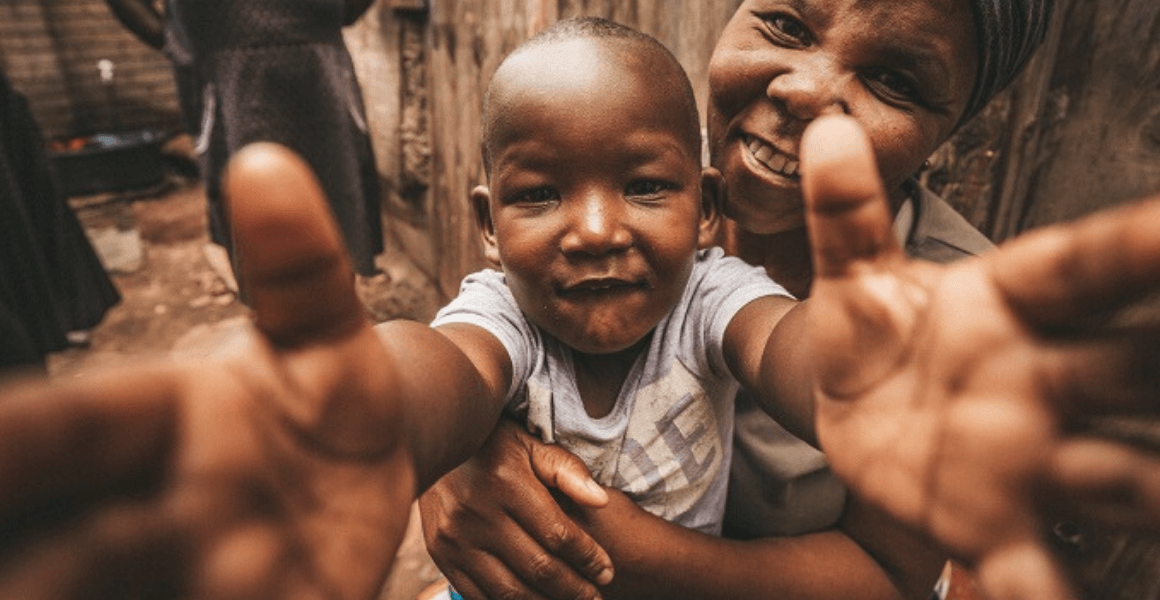 Rays of Hope is participating in the Global Giving campaign, a global crowdfunding community that connects non-profits to donors and companies in countries around the world. Our target is $10,000, which will go towards supporting the 150 orphaned and vulnerable children who are part of Rays of Hope’s Ithemba Labantwana programme.

The Global Giving initiative runs from 3 – 31 December 2019, and gives organisations like Rays of Hope the opportunity to raise funds in aid of the chartable work they do in their respective communities. We need you to contribute and share with your family and friends across the world on all social media channels. With a focus on holistically addressing the spiritual, physical and emotional needs of its beneficiaries, Rays of Hope has realised the importance of developing significant partnerships with stakeholders in the township, as well as funding organisations in South Africa at large to ensure the sustainability of the projects that are run in Alexandra.

One of the partnerships Rays of Hope has formed over the years is with Gold Fields in South Africa. Gold Fields has been a partner of Rays of Hope for five years and has adopted the organisation as its community investment initiative, enabling Rays of Hope to set up many impactful initiatives within the Alexandra community.

Some of these initiatives include paying homework teachers’ salaries and, more recently, looking at introducing and paying for an extra auxiliary social worker and junior social worker after realising that these additional trained resources would be able to work with children to positively influence their educational journeys. This educational support is provided through the Ithemba Labantwana Homework at which almost 70 vulnerable and orphaned children receive help with their homework and a place to play and be children.

Gold Fields has, in the past, participated in the Rays of Hope initiative #WarmUpAlex, which encourages the public to donate blankets, winter clothes, non-perishable food, hot water bottles and anything else that might help to keep the people of the Alexandra community warm during winter. Gold Fields has also run clothing collection drives to assist the community, as well as dedicated time for employees to visit Ithemba Labantwana to read to the children and play games with them.

Rays of Hope’s relationship with Gold Fields came about when the organisation was looking for a supplier to provide gifts to its female employees for Women’s Day. Rays of Hope, which at the time had a wonderful team of women who could hand-weave bags, were up for the challenge.

Gold Fields ordered these hand-woven bags for each of the women who worked at its Sandton-based offices, which in turn allowed Rays of Hope to put money in the hands of people who were trying desperately to earn an income.

Through continued support and partnerships with corporates like Gold Fields, Rays of Hope is better able to create job opportunities for people in the Alex, and provide care for homeless women and children who cannot afford to look after themselves. Thanks to Gold Fields, we are succeeding in making a substantial difference to the lives of people in Alex. F-Secure Cyber Security, a global company with a South African operation of 110 employees, has collaborated with the Masibambisane Empowerment Trust as B-BBEE partner of choice, achieving a Level 4 B-BBEE status and helping the company better serve the needs of its clients.

Rays of Hope is the sole beneficiary of the Trust, and all income generated by the Trust is used to further Rays of Hope’s work in Alexandra, and to extend its partnerships to the benefit of the township’s people.

The agreement was concluded on 1 October 2019, when the Trust acquired a 30 percent stake in the South African operation of F-Secure Cyber Security, giving it a Level 4 Broad-Based Black Economic Empowerment (B-BBEE) status.

After conducting the necessary due-diligence, F-Secure Cyber Security’s contribution to the Trust aligns to the codes of good practice while supporting South African economic growth through the operation of a broad-based ownership scheme.

“F-Secure Cyber Security is committed to B-BBEE and to contributing to meaningful change in South Africa,” says Harry Grobbelaar, commercial vice president at F-Secure Cyber Security. “Our focus on graduate development programmes given the IT security skills shortage is testament to our focus on skills development both locally and globally. A partnership of this nature will help achieve broader reach in our ongoing efforts to develop and nurture exceptional talent.”

F-Secure Cyber Security South Africa chose the Masibambisane Empowerment Trust as its B-BBEE partner because its values and aspirations were aligned with the company’s own goals.

“We firmly believe in skills transfer and development, given the gap in cyber and technical skills on local and global scales, and we are looking forward to developing graduates in these specialised fields,” Grobbelaar says. “Several members of our staff complement are already engaging with various Rays of Hope development projects, and we are looking forward to engaging with the Rays of Hope team even more in the future.”