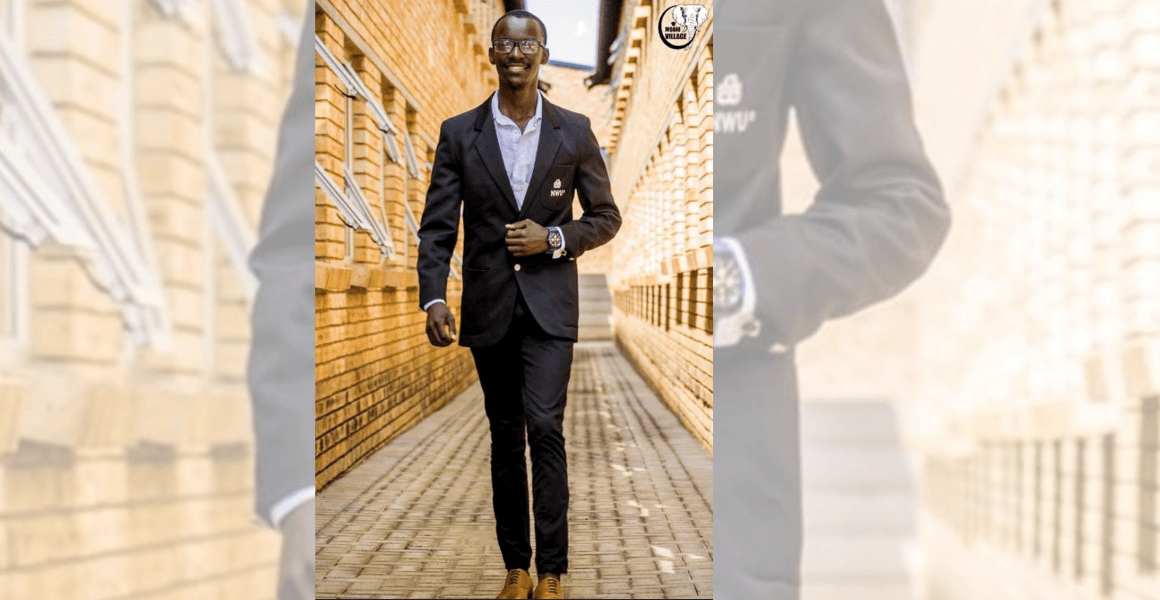 Terrence Liswoga received an award at the recent Ignition Annual Awards, in celebration of the hard-working Ignition Class of 2021 and their achievements. This is Terrence’s story of growing up in Alex and the obstacles he overcame to achieve a better, brighter future. Rays of Hope would like to congratulate him on his award and achievements, along with the entire Ignition Class of 2021, who have worked hard to achieve great results over the last year.

I was born and raised in Alexandra township. In 2014, my siblings and I lost both our parents in the same year, which led me – like so many other children in Alex – to taking on the responsibility of caring and providing for my family.

We lived in a one-bedroom flat in Marlboro with no electricity or flushing toilets, and survived on school food parcels and a R300 monthly stipend from the church – all while I did my best to pass my subjects at school. We were eventually adopted by the pastors and taken to live elsewhere, but I had to move back to the flat on my own to avoid the costs of travelling to school every day. I remember studying for my matric exams by candlelight, and how tough it had been, but I persevered. The hard work thankfully paid off, earning me a spot at Northwest University where I studied a Bachelor of Commerce in Financial Accounting.

I had no bursary or funding in my first year, and no idea how I was going to make it. I slept at the petrol station for two nights while waiting for registration. I was at my lowest, but I am so grateful to Rays of Hope and the Ignition programme for showing up for me and offering support for tuition, books and living allowances, along with my brother who worked as a security guard, and helped me with the registration fees.

Thanks to them and the kindness of so many others, I not only made it to university but thrived there. I got involved in student life activities and served under the leadership structure of Northwest University from my first year until I graduated. Apart from this, I excelled academically and became a Golden Key member, being in the top 15% within the EMS faculty. I graduated in record time and, a few months later, landed a job at Standard Bank.

My advice to anyone reading this, both young and old, is: “In everything you do, put God first”. I would not have achieved what I did without holding on to faith and hope, and I am a strong believer in pushing through and making the best possible use of the opportunities you are provided with to make something of your life.

Yes, I had my share of failure and loss, but I learned and grew through it all, and I believe anyone can follow in those footsteps. I am here to tell the youth that no matter where you’re from and the hurdles you face – it’s possible, Black child.